Urban centres hold the majority of the world’s population, yet these man-made environments are often devoid of green spaces. Adequately planned urban greening can not only improve living conditions for city dwellers but also help countries meet their broader climate goals.

Whereas in the 1960s approximately one-third of the world’s population lived in urban areas, today this share has risen to over 55% and continues to increase. As more and more people gravitate towards urban areas it is important to re-imagine how these environments are constructed so that they are better adapted to a changing climate, provide adequate living conditions and also contribute to climate change mitigation.

“Green spaces play a crucial role in enhancing both adaptation and mitigation in urban areas, contributing to achieve the goals of EU Green Deal and fostering the transition towards a more sustainable future,” explains Paola Mercogliano CMCC researcher and head of the REMHI division.

The first step in implementing effective urban greening projects revolves around adequate planning and an understanding of our climate through scientific research that can predict climate trends and the likelihood of extreme weather events in specific localities. “If properly planned, designed and developed, green spaces deliver multiple ecosystem services, making urban ecosystem more resilient to climate challenges and contributing to the transition to a low carbon and circular economy,” continues Mercogliano.

As urban areas expand, they chew up green spaces and replace them with artificial surfaces. This has negative repercussions on both the local and global environment. In contrast, research indicates that urban green areas contribute to climate change adaptation by providing a wide range of ecosystem services and at the same time also mitigate climate change due to their carbon capturing and storing potential.

How #COVID19 has put Barcelona's urban greening plan in the fast lane: The Catalan city is planning to roll out a large-scale plan to tackle its longstanding problems of pollution and lack of public space in its central district: https://t.co/EMBJ6v9rVp – via @TRF_Climate pic.twitter.com/rT0lt1m8qD

“There is solid evidence on how adaptation benefits from regulation services, with a reduction of near‐surface and surface temperatures through evapotranspiration and shadowing effects and an improvement in water quality (filtering and treatment) and quantity (peak flow and volume reduction). Green areas also contribute to climate change mitigation because of their ability to remove carbon from the atmosphere and to store it in vegetation,” explains Carmela Apreda, architect and member of the REMHI division’s team dedicated to working on urban adaption.

Yet the benefits of urban greening are not just limited to the environment and climate change mitigation goals. “Apart from adapting cities to climate change through increasing urban forest canopy cover and vegetation in general, research has also shown that people are mentally, physically, and socially healthier when they live in greener environments,” outlines Cecil Konijnendijk, Professor of Urban Forestry at the University of British Columbia, and director of the Nature Based Solutions Institute.

“Leading medical journals have been publishing studies about the contributions of urban nature to our health and wellbeing. People who live near green spaces are more physically active and healthier,” he continues.

As an expert in urban forestry Konijnendijk has developed a new guideline for urban forestry and urban greening: the 3-30-300 rule. “This rule focuses on the crucial contributions of urban forests and other urban nature to our health and wellbeing. It recognises that we have to consider many different aspects of the urban forest in order to be successful. It also addresses the need for urban forests to percolate into our living environments,” he explains on the IUCN website.

Not only do green areas such as parks have positive impacts on the physical and mental wellbeing of city dwellers, they are also attributed with boosting creativity, promoting social interactions and in some cases have even been linked with improving real estate value and lowering crime rates in adjacent neighbourhoods.

One of the most studied phenomenon related to the benefits of urban greening is their impact on city temperatures. The phenomenon whereby urban temperatures remain higher than their surrounding areas is known as the urban heat island effect which has become a growing concern for city dwellers and planners.

The urban heat island is caused by two main factors: heat emissions connected to human activities (such as using cars and air conditioning), and the heat retention of artificial surfaces like cement or asphalt, compared to natural ones like forests or fields.

“Adapting cities to climate change, e.g., through cooling is widely recognised as one of the most important benefits of urban forests. Studies have shown that cities with higher canopy cover are cooler,” explains Konijnendijk.

Takehiko Mikami, Emeritus Professor at Tokyo Metropolitan University, has conducted extensive research on urban climatology and the impacts of green spaces on city temperatures. His research demonstrates how green spaces such as parks not only have lower surface and air temperatures than the built-up areas around them but also spread cool air to surrounding areas. This is known as the cool island effect.

“It is important to preserve or even increase green areas in big cities because cool air also seeps out into the surrounding neighbourhood, even when the areas are small,” highlights Mikami.

The cooling benefits of urban greening can even be achieved with relatively small green areas and green corridors that use trees to connect parks. For this reason, adequate planning that takes into account the climatic conditions of cities and the likelihood of extreme weather events is fundamental.

“For urban greening to be effective in both providing adaptation and mitigation benefits it is important to plan effectively,” explains Mercogliano. Adequate planning revolves around a clear definition of objectives, integration of greening in the urban/regional planning context, adoption of long-term and flexible perspectives and considering green spaces as a public investment in health, well-being and quality of life.

According to Mercogliano, “temporal resolution of regional climate models, represent the starting point to support urban planning decisions.” For example, the CMCC provides resolution climate data for recent past climate and future projections under different scenarios in the frame of several national and international projects (H2020 EUCP, CEF T Highlander).

Access to this information can help plan for disaster risk reduction from urban flooding, with climate simulations at 2 km that account for urban climate parameterizations.

“Another useful tool that can be used in urban planning is the development of a climate profile aimed at evaluating climate variability through synthetic indicators – moving from climate to hazard – that could be easily managed by local stakeholders,” explains Alfredo Reder, engineer and member of the REMHI division’s urban impacts of climate change team. These climate profiles have already been used in Italian cities such as Brescia and Prato and are the basis for the Sustainable Energy and Climate Action Plan.

To this end, the CMCC’s REMHI division has focused on both the advancement of existing knowledge concerning planning, design and management of green adaptation measures and the quantitative evaluation of the effectiveness of green adaptation measures using novel physically based models that are able to simulate urban flooding and Urban Heat Island (UHI) processes – along with possible interactions – at significant spatial scales.

“A multiscale approach is essential to link all the existing and planned green areas at multiple spatial scales – from the site to the neighbourhood, to the town, watershed and region – and developing a well-connected and multifunctional green network, which forms ventilation channels and facilitates the circulation of fresher and cleaner air from the surroundings into the city, also providing additional ecosystem services such as restored habitats for wildlife and reduced land fragmentation,” concludes Mercogliano.

Effective urban greening involves a lot more than grassy rooftops and urban orchards. When properly implemented and informed using a rigorous scientific approach it can provide a valuable tool for climate change adaptation and mitigation. Understanding where and what kinds of green areas to implement can make the difference between achieving transformational or merely aesthetic improvements. 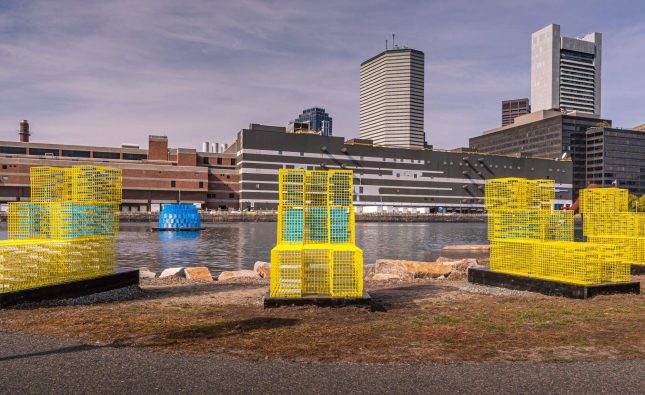 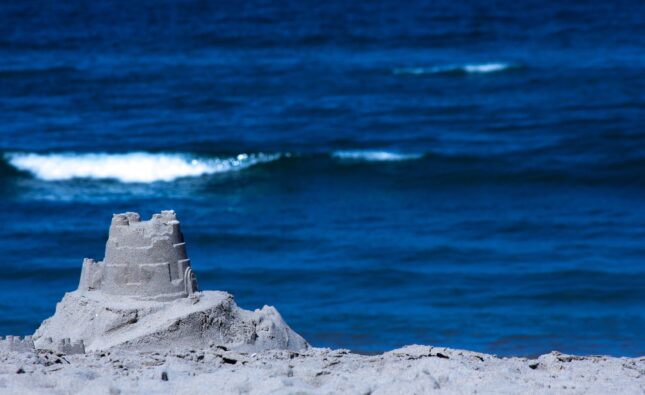