This article has been reprinted with minor changes and permission from RFF’s Resources Magazine.
Written by Gilbert Metcalf and James Stock

Economists broadly agree that placing a price on carbon, whether through a cap-and-trade program or a tax, is a key element of an economically efficient suite of policies to reduce greenhouse gas emissions. In the current US Congress, numerous bills propose the establishment of national carbon tax systems, along with a few that push for cap-and-trade programs. These bills reflect a growing consensus that action is needed at the national level to curb carbon pollution in the United States and that a carbon tax is the most straightforward way to do that. The bills also reflect the existing consensus among economists, as typified by the more than 3,500 economists (including us) who signed the Climate Leadership Council’s statement published in the Wall Street Journal last year, which calls for a carbon tax as “the most cost-effective lever to reduce carbon emissions at the scale and speed that is necessary.”

However, a major stumbling block to pricing carbon pollution is concern over the macroeconomic impacts of the policy. The Trump administration’s retreat from national climate policy reflects a belief that ambitious climate action could have detrimental consequences for economic growth and employment. While initiating a process to withdraw the United States from the global Paris Agreement, for example, the president claimed that the cost to the economy would be “close to $3 trillion in lost GDP and 6.5 million industrial jobs.”

How should we assess the economic costs of a carbon tax? Until recently, most analyses have been based on large-scale computable general equilibrium models. One of these models, the Goulder-Hafstead E3 model, is the engine behind one of Resources for the Future’s digital data tools, the Carbon Pricing Calculator. Today, we have enough experience with carbon tax systems around the world to carry out statistical analyses of existing carbon taxes: with the first one implemented in 1990, we can draw from up to three decades of data.

Directly examining the empirical evidence has two virtues. First, estimating the real-world effects of carbon taxes on GDP, employment, and emissions reductions speaks directly to concerns that they kill jobs. Second, the empirical estimates provide a check on the calibrated theoretical models.

In two recent papers, we carry out an analysis of the 31 countries that comprise the European Union–wide emissions trading system (EU-ETS). While all of these countries price a portion of their emissions through this cap-and-trade system, 15 of the countries also impose a carbon tax, mostly on emissions not covered by the EU-ETS. By limiting our analysis to countries that are part of the EU-ETS, we can identify the incremental impact of carbon taxes on economic output, employment, and emissions by leveraging the variation in carbon tax systems within this group of nations.

For a wide range of specifications, we find no evidence of adverse effects on GDP growth or total employment. We also find that long-run growth rates of GDP and employment are unaffected by the tax. This latter finding is consistent with macroeconomic theory, which suggests that long-run growth rates are driven by fundamentals such as technological progress, which in turn are unaffected by changes in relative prices. Our results also are consistent with most general equilibrium modeling of climate policy. Finally, we find cumulative emissions reductions on the order of 4 to 6 percent for a tax of $40 per ton of CO2 covering 30 percent of emissions. We argue that this is likely to be a lower bound on reductions for a broad-based carbon tax in the United States because European ones do not include in their tax base the power sector, which has the lowest marginal cost of carbon pollution abatement. (In Europe, power sector carbon emissions are priced under the EU-ETS.) 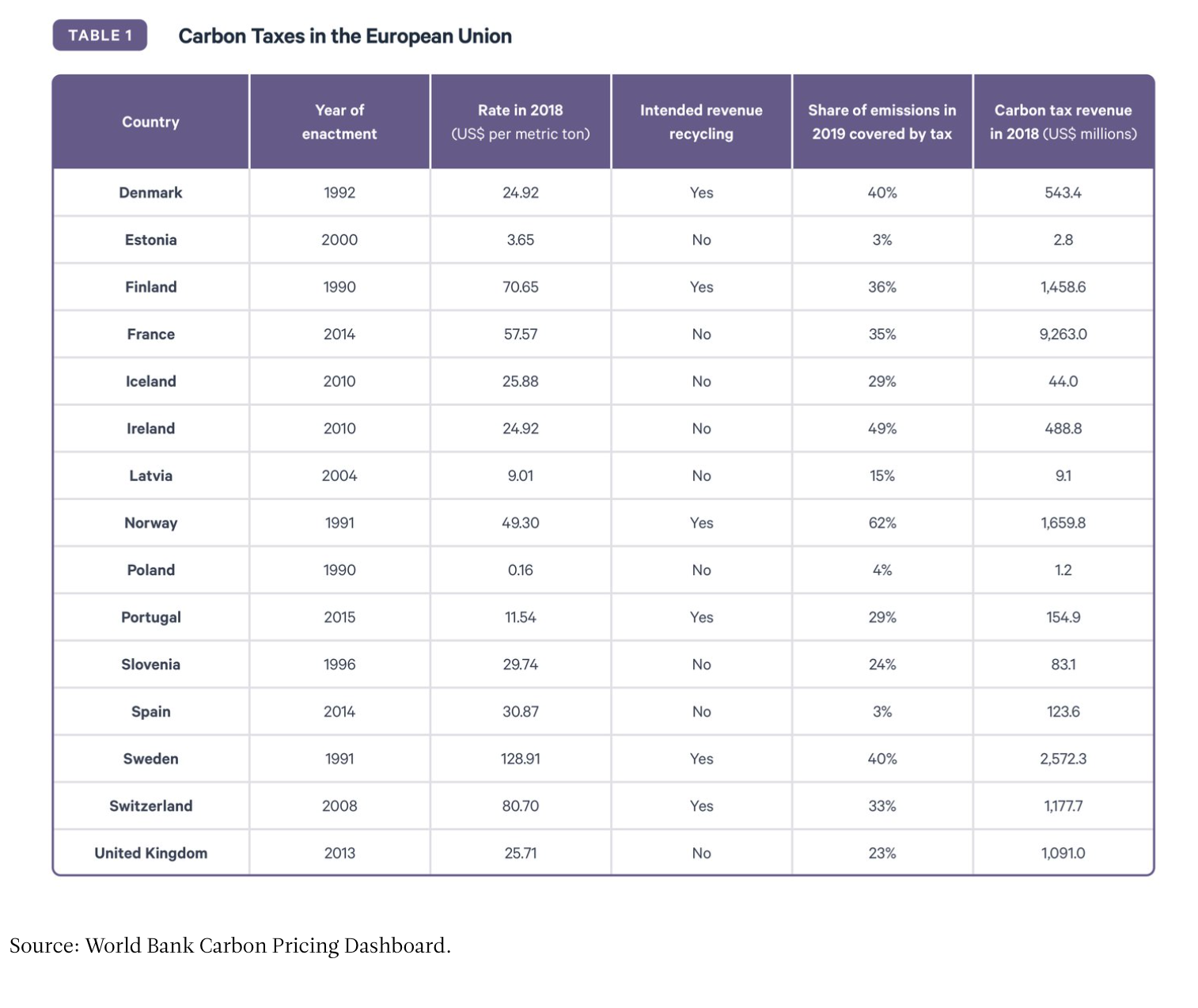 Table 1 shows the considerable variation in European carbon taxes in terms of their tax rates, coverage, and time of enactment. Figure 1 shows annual GDP growth rates before and after the implementation of a carbon tax in the individual countries. While the point estimate of the average GDP growth across countries that enacted a carbon tax suggests a modest increase in the growth rate, there is wide variation and—more importantly—no evidence of the tax hurting economic growth. Figure 1 is only suggestive, because it does not control for other factors that might influence growth or relate to a carbon tax, nor does it allow for the possibility that countries with existing strong GDP growth might feel confident enough to adopt a carbon tax. But in our recent papers, we address these econometric problems and estimate the causal effect of a carbon tax on GDP, employment, and emissions.

Identifying the dynamic causal effect of a carbon tax on GDP growth is complicated by the possibility of what is called “simultaneity”: poor economic outcomes could lead tax authorities to reduce the rate or to postpone a planned increase. Our approach is based on the insight that changes to a carbon tax can be thought of as having two components: one that responds to historical economic growth, and another that’s unrelated to past growth. The latter category can include tax changes based on legal mandates that follow a preordained schedule, changes in ambition based on the environmental preferences of the party in power, or responses to international pressure on climate policy. We argue that this latter category of changes—those not predicted by historical GDP growth or current and past international economic shocks—are exogenous. This assumption allows us to estimate the dynamic effect on GDP growth from the unexpected component of a carbon tax using a vector autoregressive framework.

Three things stand out. First, the point estimate is positive, but small. Second, we cannot reject the possibility that the carbon tax has no effect on GDP growth. And third, we can reject the possibility that the carbon tax exerts an economically significant negative impact on GDP. These findings are consistent across our analyses: we find similar results for total employment growth rates (Figure 3) and manufacturing employment.

Finally, we estimate the impact of this $40 tax on cumulative carbon dioxide emissions. We find a point estimate of a 6.5 percent decline in emissions (Figure 4), though the error bands are wide. While we cannot reject the possibility that the carbon tax has zero impact in most years, we also cannot reject the possibility of double-digit declines in emissions. Worth noting is that countries applying a broad-based carbon tax should view these simulated reductions as lower bounds on potential emissions reductions, since the EU-ETS cap-and-trade system already covers those sectors where emissions reductions are least costly to implement, and so those sectors are generally not subject to the carbon tax. 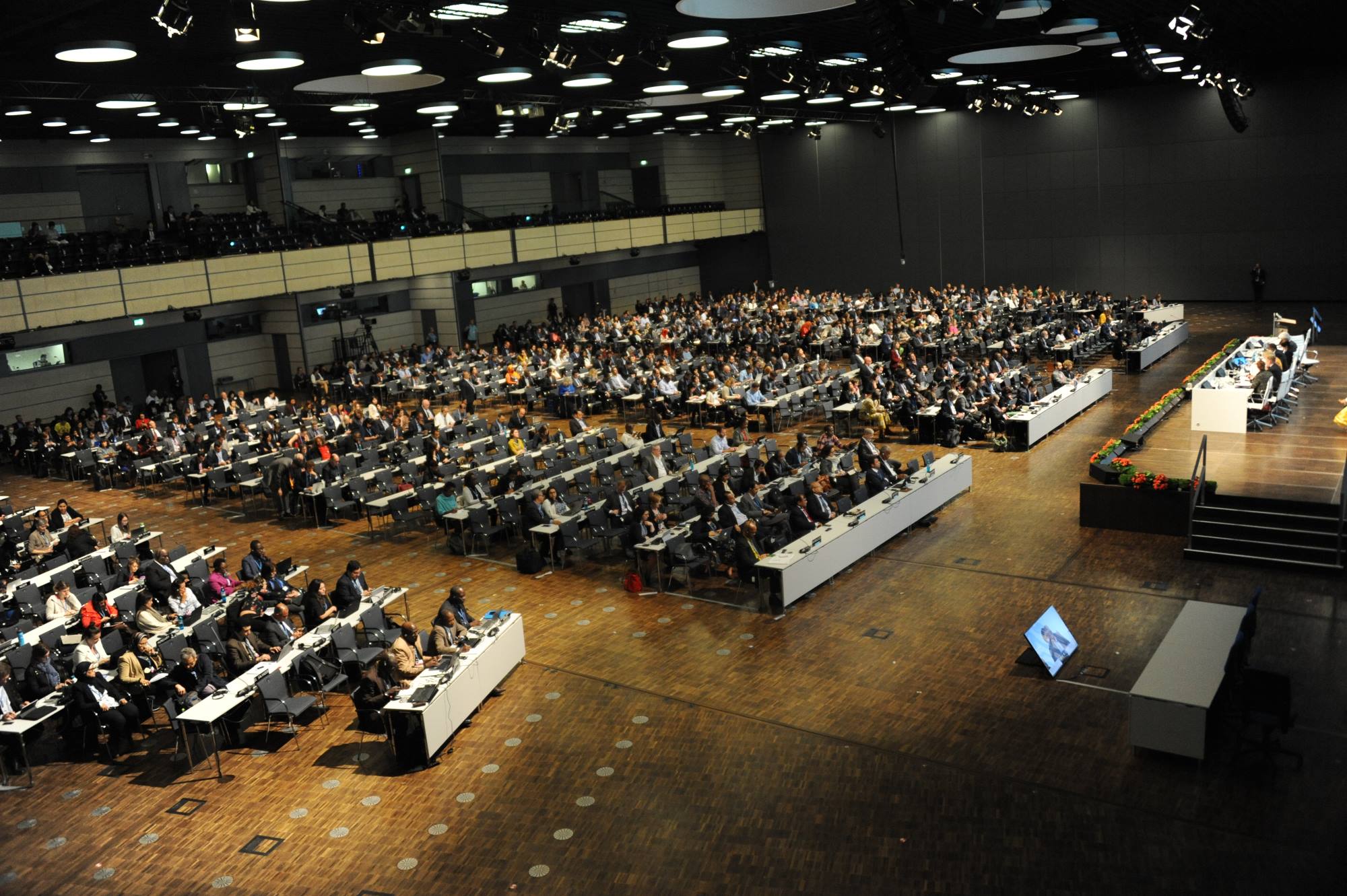 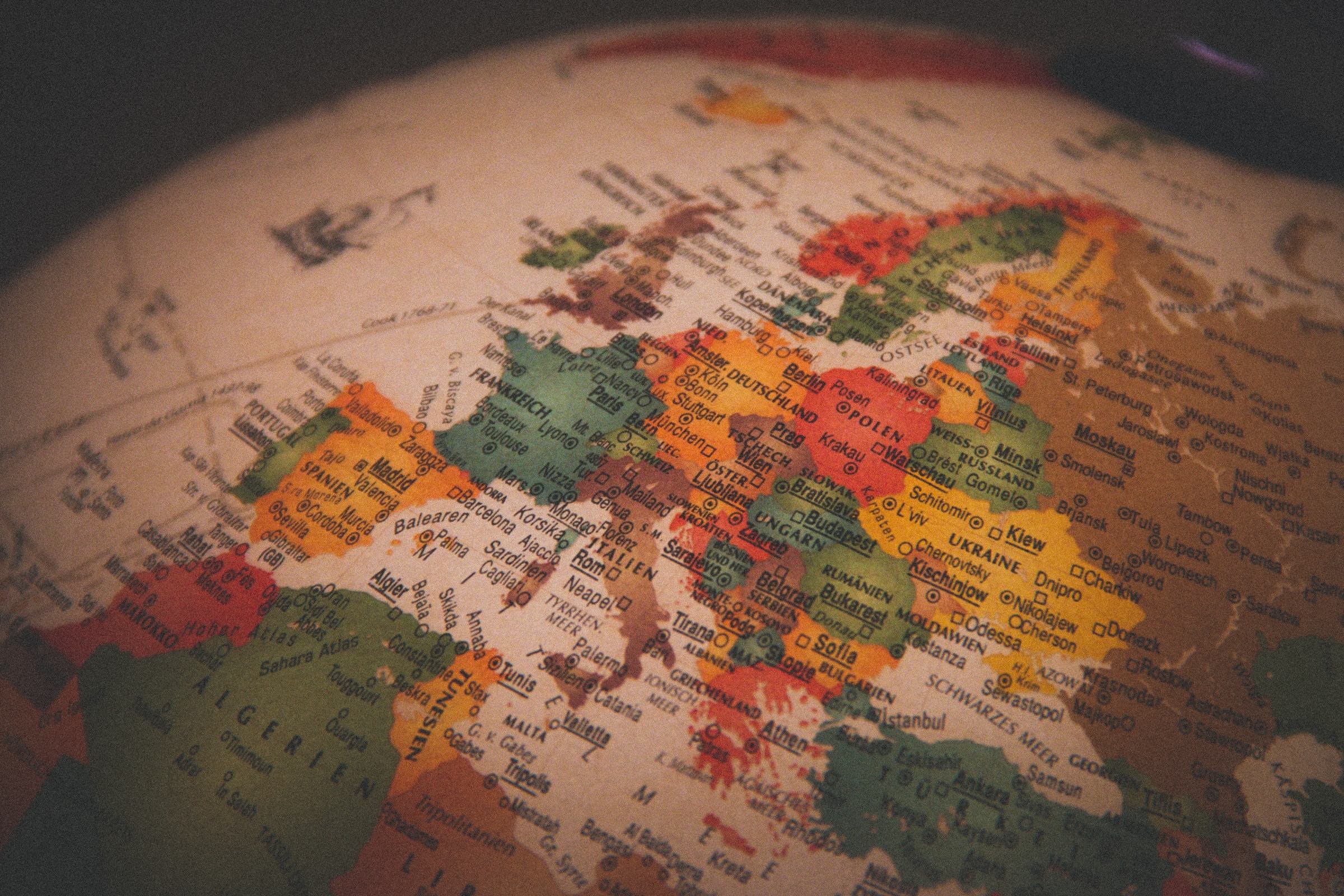 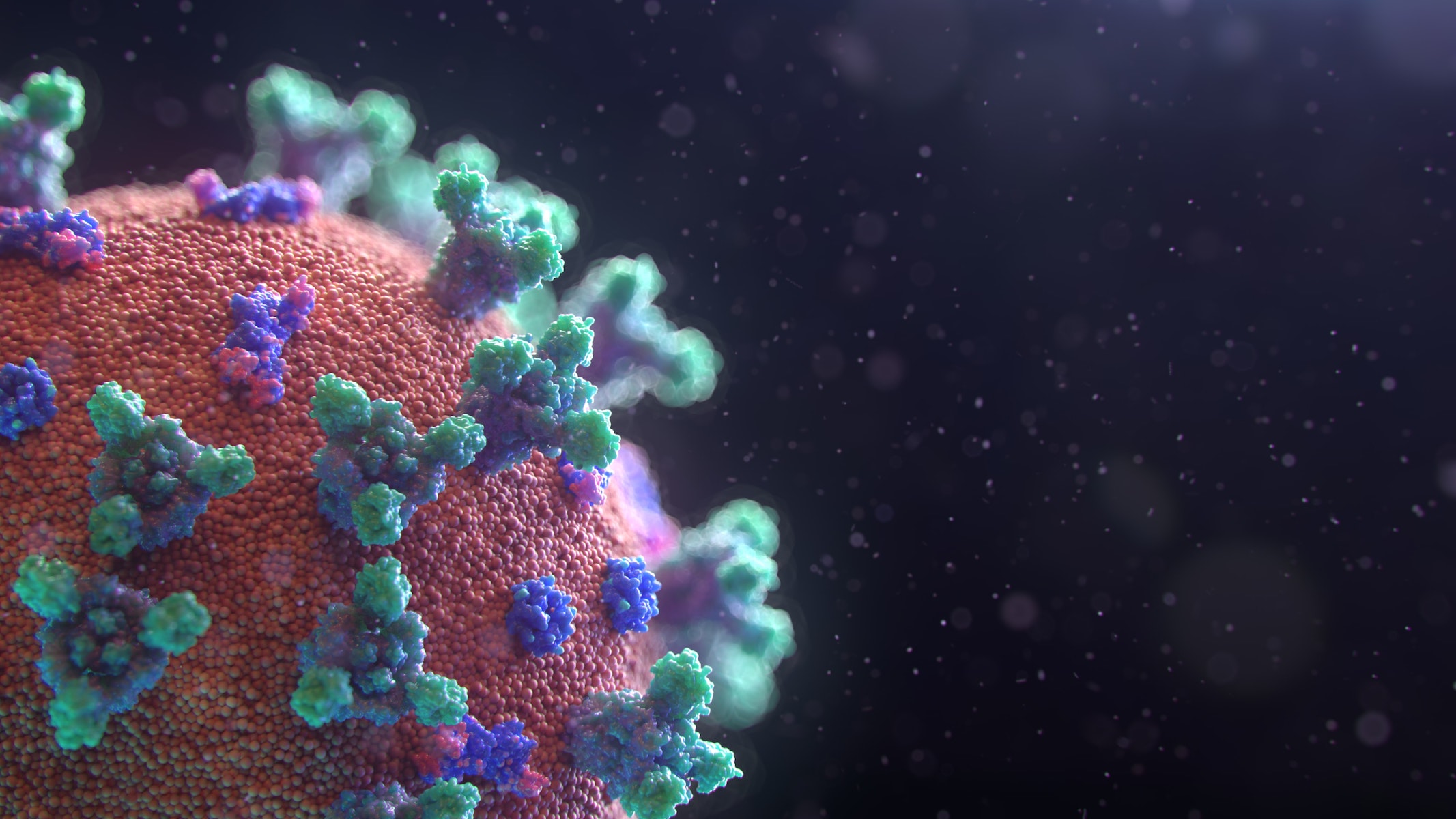 Never Waste a Crisis: For a Sustainable Recovery from COVID-19

Recent generations, including ours, lived – and are still living – through four global crises. But the good news is that this time we have …