The World Economic Forum’s annual Global Risks Report brings together around 800 experts in business, government and civil society to create a summary of what “the world’s most pressing challenges” for the coming year by likelihood and impact will be. Unsurprisingly, climate-related issues featured in all of the top long-term risks. However, the report also revealed how different global actors perceive these risks and, alarmingly, business leaders are lagging behind other respondents. A finding that was emphasized by the Annual CEO Survey that revealed just how far behind business leaders are in their concern for climate risks.

After 2019 passed with a large number of extreme weather events, it is no surprise that climate change is at the forefront of concerns for 2020, growing significantly compared to those expressed in last year. The 2020 Global Risks Report’s list of top risks for the likelihood of occurrence placed extreme weather, a failure to act on climate change, and natural disasters in the top three spots. Furthermore, two of the top three in terms of impact were also related directly to the environment, these being climate action failure, weapons of mass destruction and a loss of biodiversity.

Let’s take a closer look at the survey’s 10-year outlook which asks respondents to rate 30 pre-selected global risks according to two metrics: their likelihood and their impact. 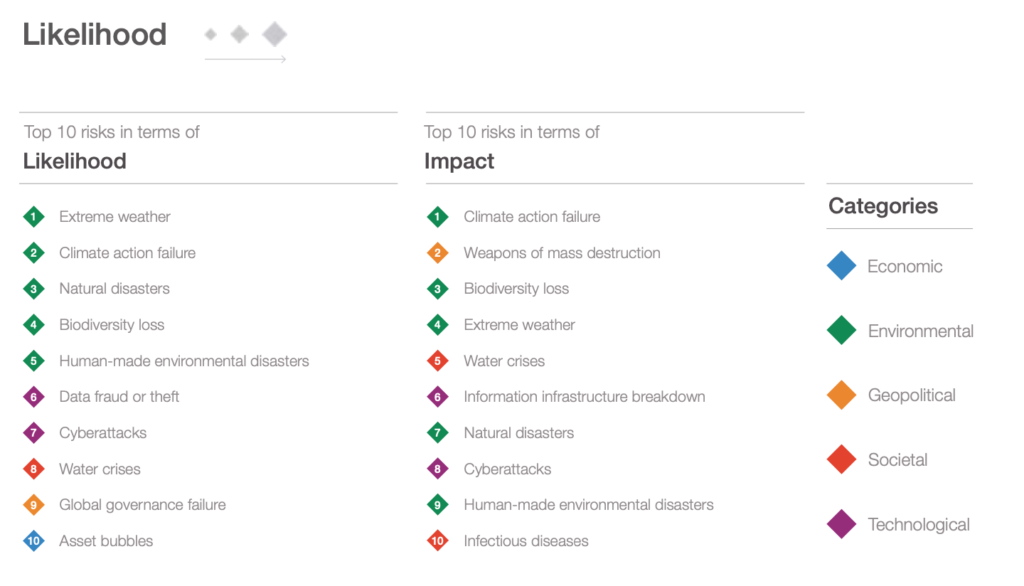 The top five global risks in terms of likelihood all include environmental concerns in an unprecedented show of unanimity: 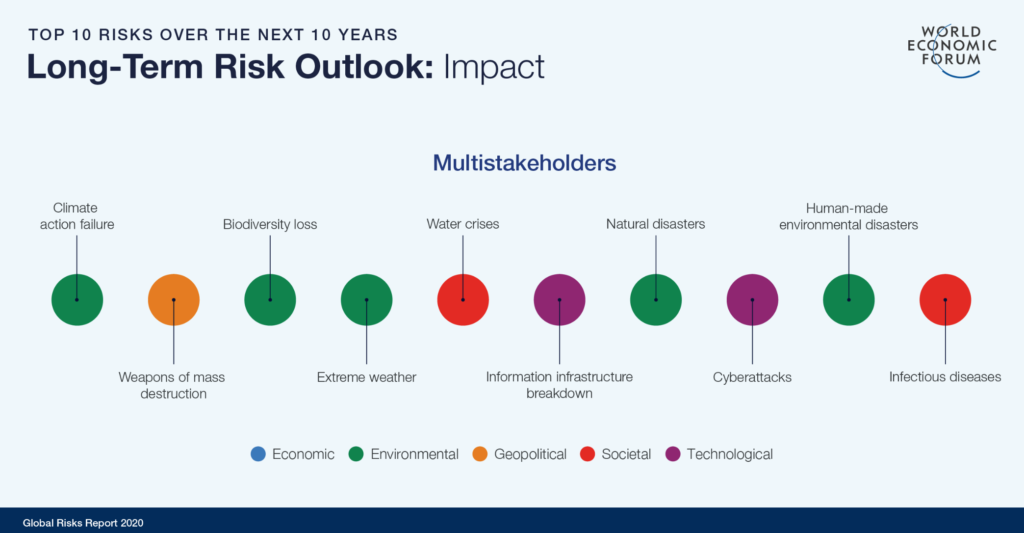 “Climate change is striking harder and more rapidly than many expected. The last five years are on track to be the warmest on record, natural disasters are becoming more intense and more frequent, and last year witnessed unprecedented extreme weather throughout the world,” the report reads.

A clear indication that climate change is taking center stage in fears for future environmental, societal and economic stability, and hence giving an indication of where action by business and policy leaders is most needed. However, behind the apparent unanimity in identifying climate change as the major risk there hides a division in how different groups of respondents perceived the issue.

By pooling the different categories of respondents, the Global Risks Report has also shown that different actors interpret the risks for 2020 differently. In fact, younger generations are the most concerned with the state of the planet, with 90% of respondents expressing the belief that “extreme heat waves”, “destruction of ecosystems” and “health impacted by pollution” will be aggravated in 2020. In contrast to 76%, 77% and 67% of other generations.

Another indication of this gap can be seen in a comparison between the Global Risks Report’s priorities and those found in another influential Davos report: the Annual Global CEO Survey, conducted by consultancy PwC since 1998. The CEO Survey deals with the specific perspective of corporate leaders. Here, the main risk was regarded to be a fall in business growth with the top three risks to business in 2020 being overregulation, trade conflicts, and uncertain economic growth. Surprisingly, climate change fell outside the ranking of top ten global threats to business.

Looking at the difference between the two surveys reveals how businesses are inclined to focus on their short-term economic situation, whereas civil society and other experts in the Global Risk Report focus on longer-term social and environmental consequences. Something that is to be expected, but which when made explicit can help shape the way we address solutions to the risks we face.

One approach, such as the one adopted at Davos, involves identifying risks and then developing systems thinking approaches to the problems by understanding that we live in a hyper-connected world. Understanding that different actors will have different priorities allows businesses and policymakers to include all these into a systemic and managed approach.

Meetings such as the World Economic Forum in Davos provides leaders from academia, business, government and civil society systems to gather together to identify and commit to working on key global issues. 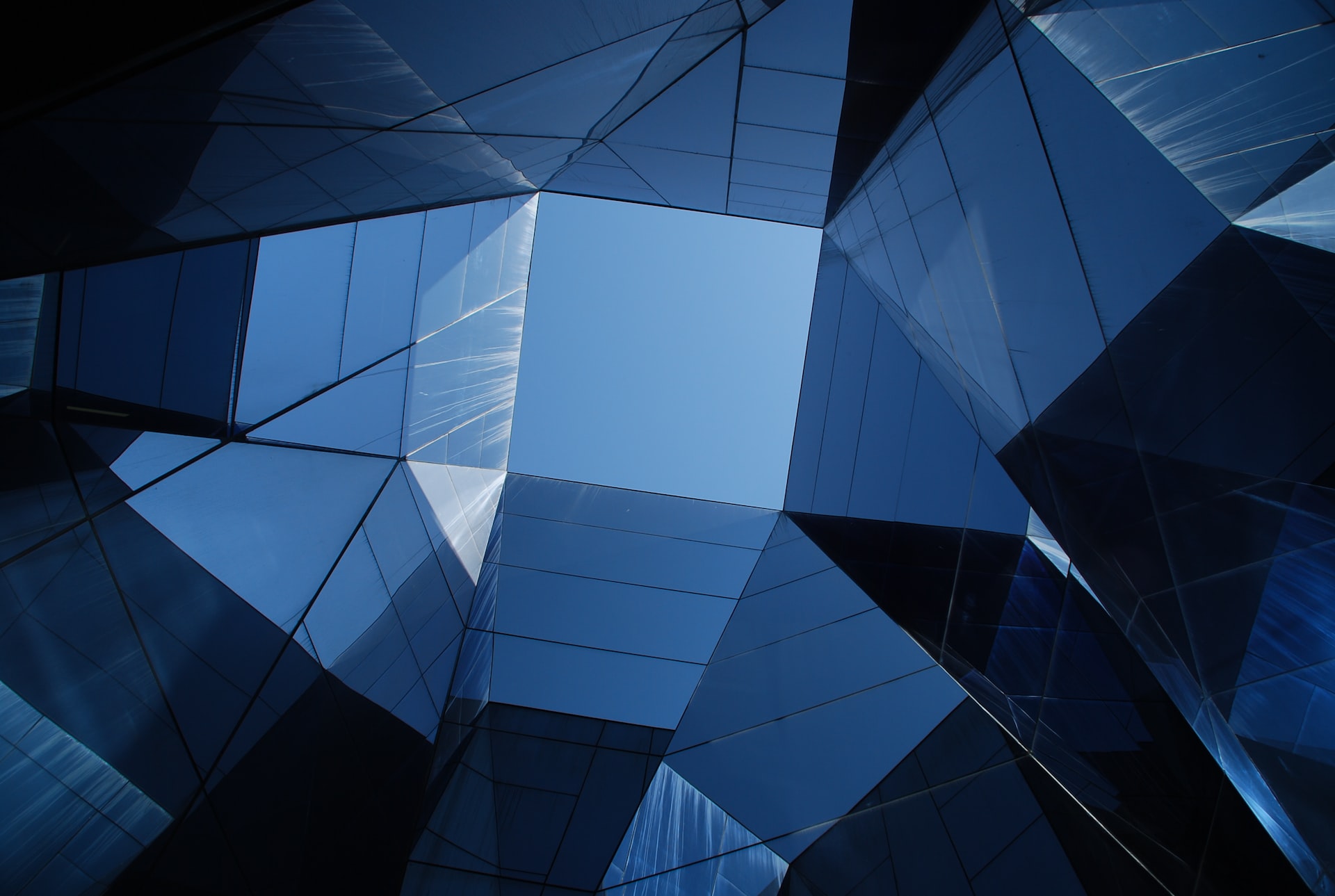 At COP27, November 9 will be the thematic day dedicated to climate finance. As countries gradually improve their financial commitments to meet the Paris Agreement goals in the UNFCCC context, the private sector is attracted by the countless opportunities implicit in a decarbonized world. A guide to understanding the importance of finance for the climate transition through the CMCC’s work and content. 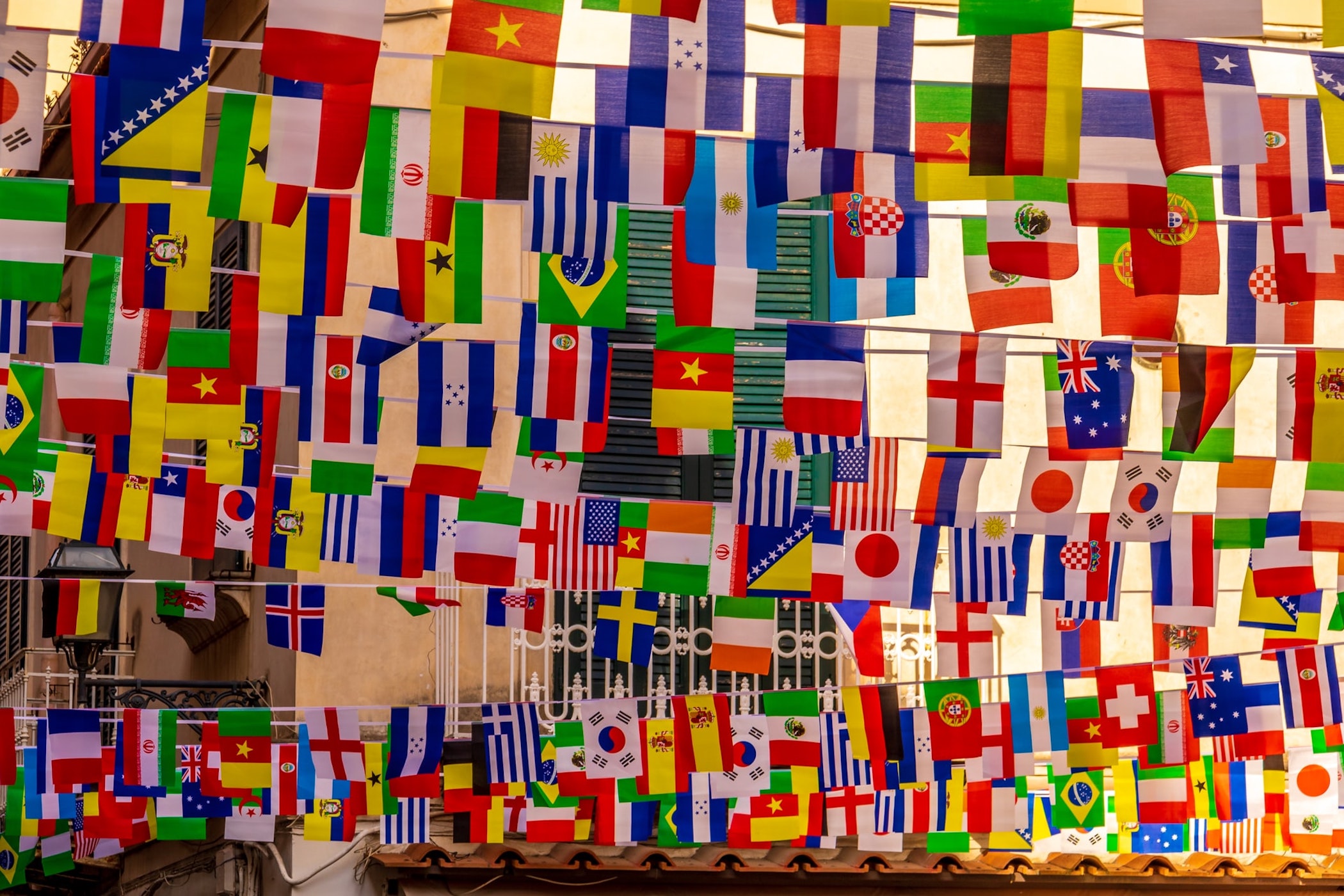 What the world has to say about the latest IPCC report 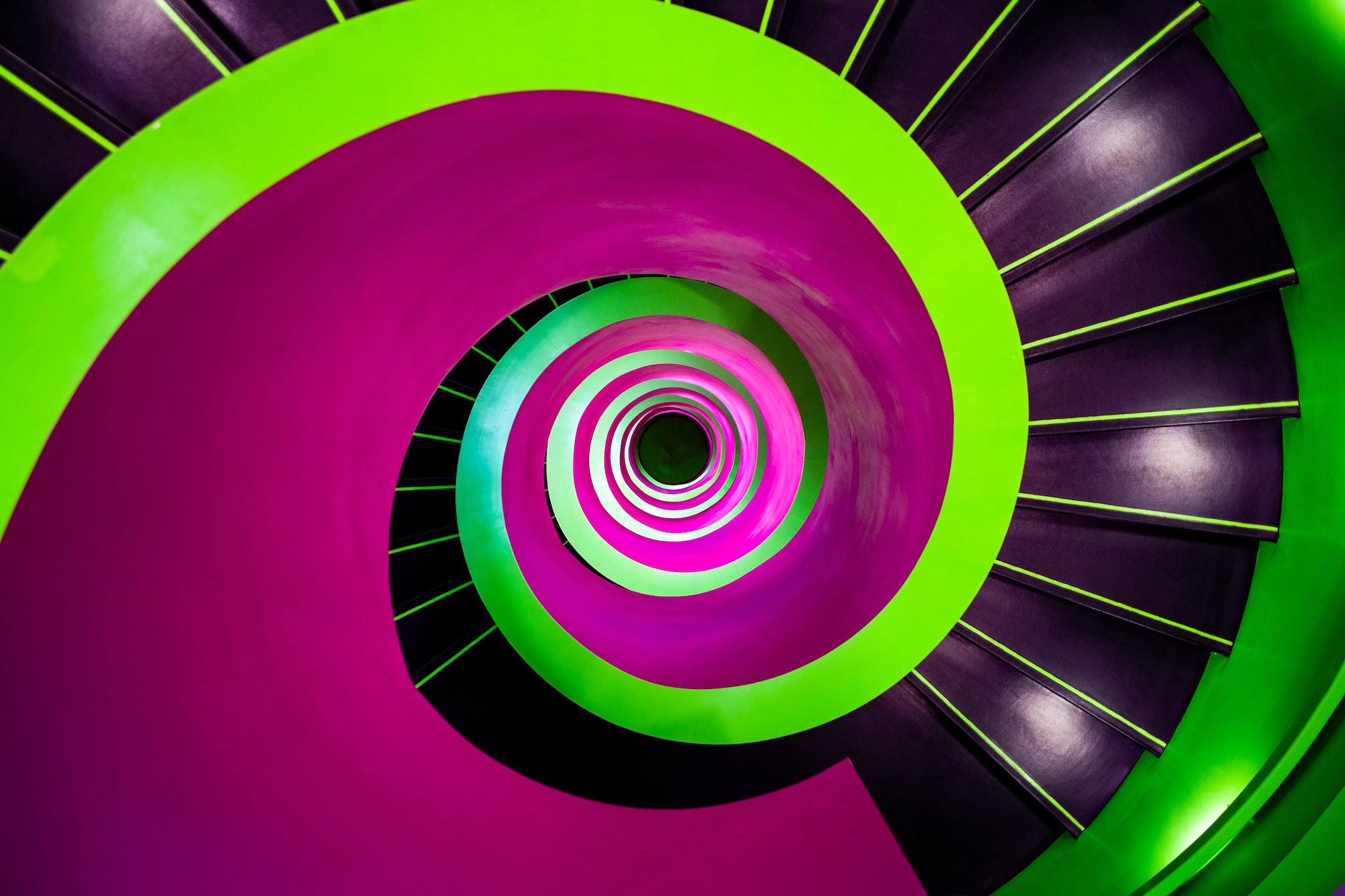 Lee McIntyre on science in the post-truth era: Lies, facts and deniers

From vaccine skeptics to climate change deniers, acclaimed author Lee McIntyre, walks us through “How to Talk to a Science Denier”: because climate denial is not an accident, it is a lie fed with disinformation. Yet, there is a solution: engage in constructive conversations.