An anthology of essays, poems and illustrations. Against the backdrop of the UN reminding us that women continue to be excluded from participating fully in science, we celebrate the International Day of Women and Girls in Science with “All We Can Save”, a collection of voices of women across generations, races, geography, and backgrounds.

“The climate crisis is not gender neutral” claim Dr. Ayana Elizabeth Johnson and Dr. Katharine K. Wilkinson, two women and climate leaders who know about science and care for the future of the planet. 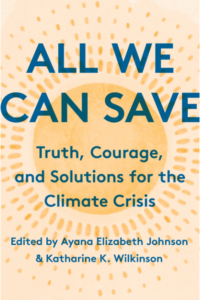 In the anthology “All We Can Save. Truth, Courage, and Solutions for the Climate Crisis”, a collection of 41 essays, 17 poems, and original illustrations, they collect the voices of women across generations, races, geography, and backgrounds. Scientists, artists, journalists, policymakers, farmers, lawyers, teachers, activists, innovators, and designers: women who share knowledge and foresight that can transform societies and build a sustainable future.

The book, heralded as one of the 10 best science books of 2020 by Smithsonian magazine, adresses a present and future characterised by climate change, with the awareness that – as climate science highlights – some repercussions are already inevitable whilst focusing on not giving up on “what can be saved”.

The title of the book takes its inspiration from a poem by the feminist writer Adrienne Rich. “My heart is moved by all I cannot save” she wrote in 1977. “Our hearts are deeply moved by all we cannot save, but also by all that we still can, knowing that all we still can is very much dependant on a ‘we’ rather than an ‘I’” affirms Dr. Katharine Wilkinson, as she explains the story behind the book’s title. “We need TRUTH: both scientific facts and wide-open eyes about where we are. We need bold hearts and COURAGE to keep moving forward. And we need SOLUTIONS to re-create, rebuild, renew a world that is currently deeply out of step, at least in dominant society, with the living system of the planet.”

Dr. Katharine K. Wilkinson, PhD in geography and environment at the Univrsity of Oxford, is an author, strategist, and teacher, who was named as one of 15 “women who will save the world” by Time magazine. In editing the anthology, she paired with Dr. Ayana Elizabeth Johnson, PhD in marine biology from Scripps Institution of Oceanography in San Diego. Policy expert and writer, she is the founder and CEO of Ocean Collectiv, a consulting firm for conservation solutions grounded in social justice, and founder of Urban Ocean Lab, a think tank for the future of coastal cities.

“When Katharine and I first started to think about what it would mean to gather women leading on climate, what it would mean to instigate and model the change that we wanted to see in the leadership of the climate movement, we found ourselves stuck in the trap of language around ‘war metaphors’. Are we ‘fighting climate change’? Are we ‘defeating’ it? All these metaphors are waging a war against, are building an army to take it down, and of course we are not at war with the atmosphere… Therefore, we thought very deeply about the power of words, and we have been referring to the transformation that we want to see as a feminist climate renaissance, as a rebirth, as a reimagining. Renaissance is not a revolution, it is not a resistance, it is a rebirth” explains Dr. Johnson.

From the writings collected in the anthology, the editors observed the emergence of peculiar characteristics of a feminine climate leadership rooted in compassion, connection, creativity, and collaboration, shared by many women and girls that are making contributions to climate action worldwide. They describe the climate crisis as a leadership crisis and encourage a transformational leadership, which they propose to be a feminine and feminist climate leadership.

The “feminist climate renaissance”, as they explain in the book, has a clear focus on making change, rather than being in charge, moving beyond competition and control. In the feminist climate renaissance, the climate crisis is addressed with the intention of healing systemic injustices. It integrates head and heart, scientific rigor with psychological and spiritual dimensions. And finally, there is the recognition that building community is a requisite foundation for building a better world.

The new leadership is open to people of any gender, but it must embrace the above mentioned stereotypically feminine characteristics to address climate change: “We must rebalance decision-making. We need everybody,” adds Johnson.

To foster this change, authors launched the All We Can Save Project, which builds communities for women engaged in the climate area, invests in learning and education, and offers direct financial support to women climate leaders. 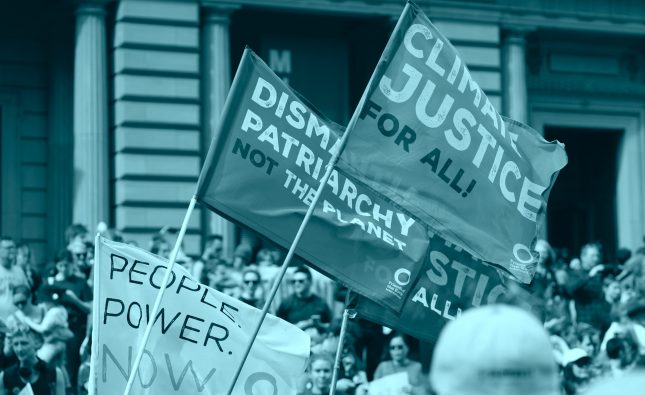 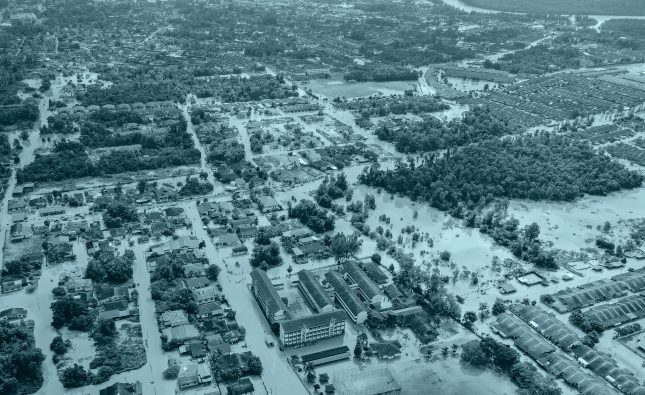